I Know You. Who are You? 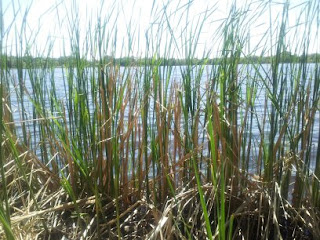 When people talk about dating and the early stages of relationships, they often use phrases like "I want to get to know the other person. Or we're getting to know each other." Which is true in a certain sense. Or hopefully true anyway. Sometimes the person you get to know isn't the actual person, or is only a tiny sliver of that person. I think some folks are always hiding from the world, and aren't truly knowable in any shape or form.

However, there's another side to all of this. Namely, that each one of us is ultimately a mystery. Too vast to pin down.
Only knowable in a partial sense. Even partners of sixty years can, and should, surprise each other sometimes. If they don't, then they're probably not really "seeing" each other in the now. But more are living off of old images and memories of "who" the person is and how they are in the world.

So, it's helpful to balance seeking to get to "know" someone in the beginning, with a continuous curiosity and openness to the person right now. Too much wanting to know ends up fixing a certain image of them, just as we go about our day trying to fix certain images of situations we experience. Of course, you can also fall too much on the other side of the equation, just being in the now. Enjoying today with the other person, but never really gathering insights about who they are over the long haul.

An old girlfriend of mine used to say "I know you, I know you," but she really didn't, nor could I know her like that. Both of us believed those lines too much, and it probably was a main reason why the relationship didn't last.

Perhaps the aim is to be able to come to a place where you can say "I know you. Who are you?"