The American Dream is Going Bankrupt. What Does that Mean for Your Romantic Life? 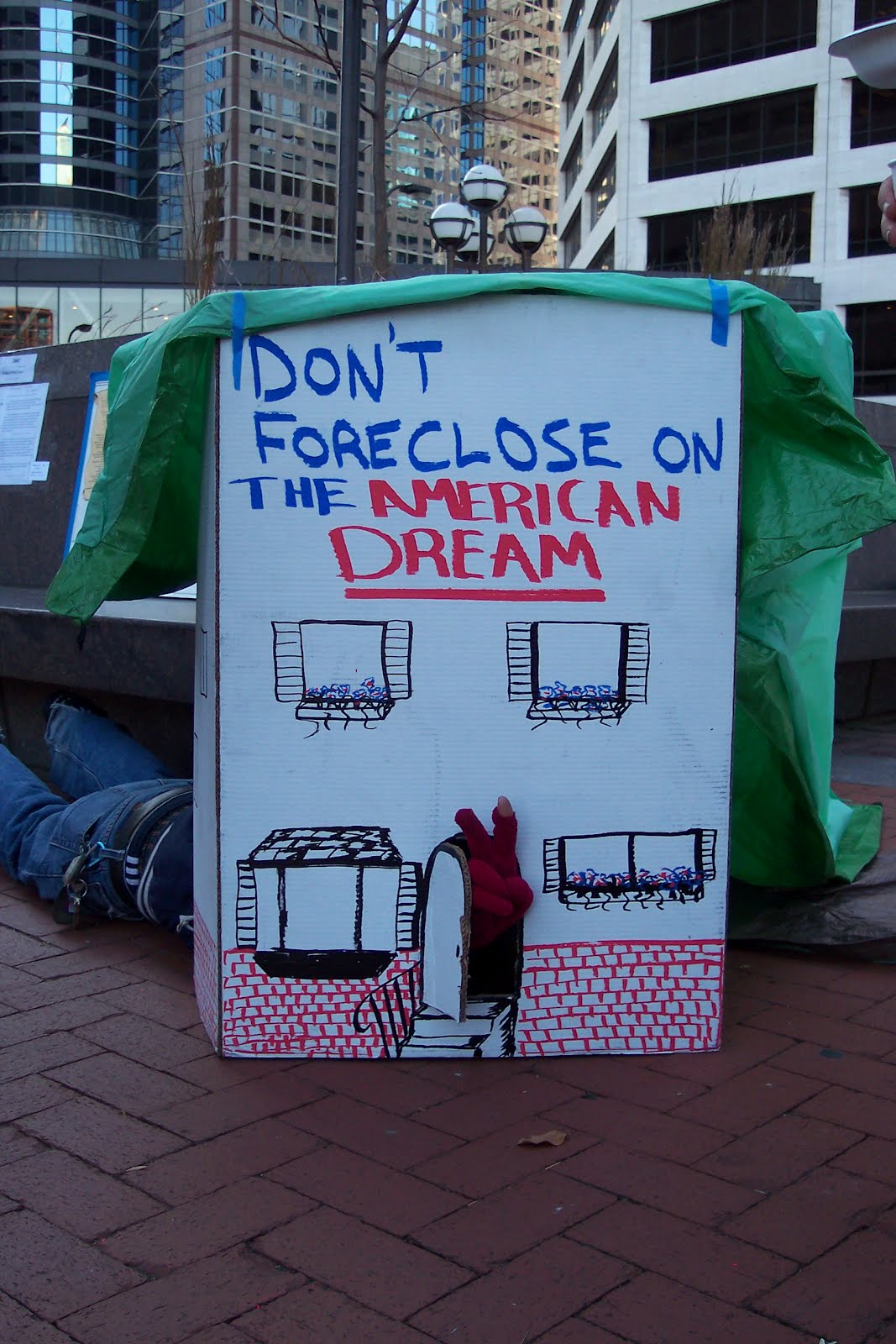 You may have noticed by now that I'm not given to offering loads of advice and directives about relationships. That I find any universal notions about how we come together - whether in romantic intimacy or in friendship - rather suspect. That I tend to take on anything mainstream, even when it seems foolish or deeply unpopular to do so.

The only real directives you're going to get from me are these: pay close attention to your life, question the stories you have about what is happening, and be creative and experiment.

Here's a little bit about how I got to be where I am today.

Somewhere early on in life, a seed was planted within me that something was deeply wrong with how we have arranged ourselves. It didn't make sense to me, for example, that women were rarely considered leaders, and that many women lived in fear of violence from men. Images of destroyed buildings and dead bodies in Lebanon and other places were seared into my young brain, forever rendering warfare an idiotic affair driven by male hubris and greed.

During high school, I found myself careening between the aggression of raging hormones, and a deep fear of hurting anyone. I played multiple sports, excelling at soccer, and yet often fled to reading and writing for general solace. I recall a time when I flipped a teammate on his back during a soccer practice, and after a fierce chewing out from the others on the team, weeks of feeling guilty for having been so careless with someone who was my friend.

I was timid with girls, partly our of fear, but partly out of respect. When I listened to my neighborhood friends talking about "getting a piece of ass" and chasing "bitches," I nodded silently while inwardly cringing at the dehumanization of it all. My first girlfriend most likely dumped me because I wasn't bold enough, didn't take charge enough in certain situations, sexual and otherwise.

There was a battle in my sixteen year old mind between a man not yet born and a boy who wanted to be good and respectful. In some ways, this battle has continued to this very day.

During college, I started working hard to break down whatever sexism I inherited as a man in this culture. I voraciously read feminist literature, was active in women's rights events like Take Back the Night, and eventually dated a woman whose life was - at that time - immersed in trying to untangle the knots of patriarchy she saw around her.

The unlearning of believing that what was always had been was all around me. I was also becoming a campus leader, starting organizations, serving on the student senate, and learning how to talk with elected officials in an assertive manner. All of this brought me face to face with power - my own and the collective powers we share (which really are from the same source).

What I saw around me, I mostly didn't like. Young men, and some women, engaging in the kinds of coercive and manipulative games that are driving the halls of Congress, and the boardrooms of multinational corporations, schools, and nearly every major institution in our society. I recall conspiring with a friend and another member of the university student senate to upend some project the senate leadership was attempting to push through. Although I think we were "in the right," I also felt somewhat off about how we were going about everything behind their backs. In addition, the way in which personalized attacks on them glued us together later became something I have noted is an attribute of power-over sickness.

When dehumanization in any form is at the center of any action, we have stepped out of our true power, and into the land of domination and oppression.

As a white man living in a society that has been dominated by white supremacist patriarchy, locating and embodying that power amongst the layers and levels of oppressive falsehoods is quite a challenging task. It's a different challenge from that experienced by women, transgendered folks, and people of color, but the reality is that that we are all harmed, and we all are called, in our own ways, to be healed and become whole and liberated.

When I learned that my then girlfriend had been raped twice as a teenager, I took a similar course around much of my sexuality, enhancing the "good" and "respectful" aspects that I'd developed during high school.

I didn't want to be anything like "those guys." Not in my relationships, nor in how I worked and led in the world.

There was nothing wrong with this, but now I am recognizing that this was only a step towards liberation.

A lot of this blog has been dedicated to love relationships. To refining the skills necessary to be with, and unfold your life with, a beloved other. And yet, there's always so many other relationships in our lives. Especially the one with ourselves, from which all others are reflected back in some form or another.

Over the years, I have experienced deep, deep longings to be in some sort of ultimate partnership. In fact, it was writing about one that seemed like it could be it, and was quickly, almost violently ripped away from me, that this blog began.

That longing is genuine and good. Most of us have it. The power of a deep and loving partnership can be immense - beautiful and world changing even.

And yet, it's also treated like an high end object in our warped, somewhat crumbling American culture. "Finding and keeping love" is behind not only the billions and billions of dollars in profits being made by countless industries, but it's at the center of the old American Dream. So much of our worth, we are told, is based upon whether or not we've found the love of our lives, and have built a little family to focus all, or nearly all, our love and energy on.

I'm saying this not to disparage couples and nuclear families, but to suggest that it's really easy to get myopic. To become almost completely focused on two things: making enough money and finding or keeping a love partner. When I look around at all the crises, just here in the U.S. - never mind the rest of the world - the economic injustice, the sponsoring of wars, the environmental destruction, the sexism, racism, bigotry, crumbling education system ... all of this needs a piece of our attention.

I sometimes wonder if a lot of us unconsciously drive to build these little families so we have someplace to hide from it all. A refuge that will keep us relatively safe. That worked pretty well for a fair amount of folks when America was an economic powerhouse, and an average worker could make a decent enough living to support a family. But the greed of the wealthy elite, and changing world conditions, have made this kind of refuge so much harder to sustain. And frankly, I think our collective over-reliance on the nuclear family as the total, or near total, focus of our lives was a major factor in bringing our country to the precarious place it is.

And so, I write about relationships coming from this place. I question and ponder from this ground.

Because healthy, conscious relationships - in my view - aren't separate from all of this. Sure would be easier if they were. If we could just hole up with our significant other and perhaps a few children and be ok. But that just doesn't fly for me. And frankly, I don't think our country, or world, are going to support that kind of thing for the majority of Americans much longer.

This is just my opinion, but I really do think that 21st century relationships are going to be - by necessity, and also by blessing - about diversified interests, new and modified old forms, more active engagement in our communities and the world, more shared, community based child rearing, and more sharing far across immediate blood lines.

Going forward with this blog, this will be the ground upon which I stand.

As always, your comments are welcome. Thanks for reading.
Posted by Nathan at 9:36 AM