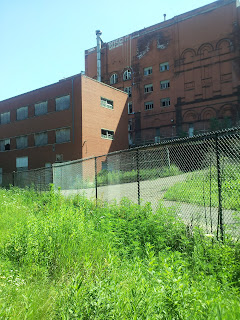 I have been thinking a lot about how people understand responsibility, and how that impacts our relationships with each other. If you believe that men are supposed to lead and women are supposed to nurture, what does that say about your understanding of responsibility? That one's biological sex determines what one is responsible for in a relationship? This certainly doesn't fly with GLBTQ partnerships. And I don't think it has to be the defining characteristic of heterosexual relationships either.

During the last post, an anonymous female commenter said the following:

Here's the thing: we are all a little different. Some of us are more naturally nurturing and receptive, while others are more naturally strong, leader types. It's good that the skills are spread around. But I would argue that hundreds (perhaps thousands) of years of patriarchal cultures have squelched the "active" skills in women, and suppressed the "receptive" skills in men. It's only in recent decades that we are beginning to get a glimpse into what it might look like if humans - regardless of gender - could develop and express themselves freely.

Instead of living your life thinking men are more like this, and women like that, what if you opened yourself to the possibility that we don't really know. That if we raised children as human first, and had an education system that focused on fostering a diversity of skills and qualities within each child, maybe things would look at different. Instead of lopsided people caged by social constructs, perhaps we'd have many more well rounded humans living closer to their full potential. People who can at turns be the needed dynamic leader in one situation, and the calm, caring supporter in another.

Note. This isn't about making everyone look and act the same. It's about actually enhancing the quality of our lives so that our uniqueness can shine through much more strongly.

Although getting smarter with children is vitally important,adults still have flexible minds. There is plenty of plasticity in the brain, even into later adulthood for many people. The idea that we are locked into acting and thinking certain ways as adults is a 19th century concept being taken completely to task by 21st century research.

And I would argue that in doing so, they would become not only better romantic partners, but also more fully realized people.

Going back to the opening theme, what does all of this have to do with responsibility?

Instead of understanding responsibility as something which is mostly your duty, you can see it being fully able to respond to the needs of any given situation. In intimate relationships, one person might still be more gifted in leading, or in supporting, but there can be a lot less expectation that said person is responsible (as in it's their job or duty) to do or be X all or most of the time. And even if they end up doing so, it's out of a conscious choosing, and not adherence to gender norms and the social pressure to fit in.

If a heterosexual couple, for example, chooses to maintain what looks like a more "traditional" approach to their relationship, that's fine. No problem. But it's not because of pressure to conform, a belief in inherent roles for men and women, or because one partner is controlling the way the relationship is held together. All three of these issues are still commonplace these days, even in supposedly liberal places like the U.S.

Which is why I'm going to keep writing about it. I don't believe that just because something seems to work for the majority of people, that it makes for a better life.

* The photo of the old building above is from my new photo blog. If you're interested in photography, come check it out!