Ready and Not Ready for Love 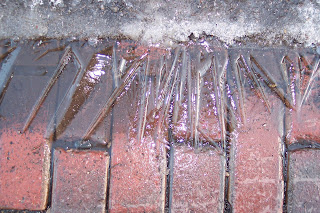 There has been some pretty intense discussion on this post about a relationship between a man nearly 20 years older than his now fiance. Some of it has been about the age difference. Some of it about the way in which the man waffled about his desire to have children again. There have been several other related issues that have been brought up as well, and I'd invite people to read through the comments section - it's a pretty rich discussion.

One comment in particular, by a guy named Allen, struck me as really important.

We all go through stages of being ready or not ready for love. It is a matter of finding a good match and when both are ready.

It's often hard to admit that you really aren't ready, or available, for deep intimacy with another. For one thing, there's the fear that if you don't act NOW, you might be alone for ever. Which is always a possibility, but also tends to be a wildly exaggerated fear. Another reason we don't want to be honest about "not being ready" is that it seems like an acknowledgement of some personal failure. That we "must be" afraid of commitment or something of the like. Which again, might be true, but often isn't what's holding us back. In my experience, fears of commitment have come up when I have already made some level of commitment to someone. They have happened in relationship, not when I'm single.

Not being ready in the way Allen speaks above is about being the farm field just before spring arrives. The seeds are there. The soil is starting to warm up. But the conditions are just not quite right. We have to learn how to give space for this experience. To not try too much to force the conditions to ripen. Sometimes, this means stepping back from dating and relying on our other relationships (friendships, family, spiritual community, co-workers). Those other relationships are a rich field of their own. Not to be forgotten or dismissed as secondary, even when we find that special someone to be with.

A larger point, though, in Allen's comment is that life is a flux. Even when we are with someone, there will times of more openness, and times of being more closed and internalized. We have to learn to allow some of that flux.

Love isn't what you think it is anyway.