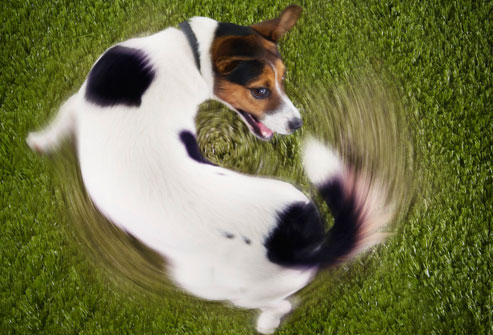 Guys chasing women. It's the old heterosexual norm. Something I tried to fit into during my 20s, but eventually realized was bringing me more grief than anything else.

I'm not into dating games, and chasing feels like a game. In fact, these days, when I get the vibe from a woman that she wants me to chase, I'm much more likely to walk away than anything else.

There's a difference between making an effort to demonstrate your interest and chasing. I'm more than willing to show some interest, and put in my share of effort. However, if there is little or no response in return from the woman in question, I move on. End of story. If someone is naturally shy, I might put a little more time and effort in, but at some point, there has to be some kind of positive response.

The gendered narratives around romance suggest it's sexy for a man to keep calling, keep writing, keep pressing for dates, even if she doesn't respond. It's all about the man being active, while the woman is receptive at best, and more often in a passive position.

Although some might argue otherwise, I believe there is change afoot. More women are stepping up and being proactive in both starting relationships, and also while in relationships. I have actually had an easier time meeting women, getting dates, and developing relationships since I stopped trying so hard with women who probably weren't that interested anyway. While the idea that it's attractive to have a man showering you with attention, and "going the extra mile" even before you know each other still lingers, it's power is starting to break down. In part, I believe, because of how often the same kind of attention is used by players and casual sex seekers to get women into bed.

In the end, chasing is always a one way street. One person does all the work, while the other person sits and judges whether said person did enough to get a date or be considered "relationship material."

It's very different from a mutual effort where both parties do something, say something, or otherwise express something that shows an interest in the other. To me, this is the healthier, more mature approach.