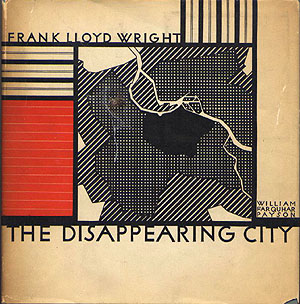 Something I have always found challenging to work with is disappearance. When a relationship ends, the person you have been intimate with for however long often is gone from your life. Sometimes, never to return. Now, that is hard enough when you have a clear ending, when you've broken up and said something resembling a good bye. But it's even more difficult when you don't get that sense of closure, when someone just up and leaves one day, or stops returning your calls and messages.

Having had a fair amount of experience with online dating, I have also seen a lot of women come and go in a very quick fashion, vanishing without a trace. To some degree, this comes with the territory - I mean, we're all strangers in the online dating world, with nothing really that ties us together other than the internet. So, I have gotten a lot of practice with letting go. Letting go of expectations especially, but also letting go of not knowing whether I will ever meet someone, or if I do meet them, if I will ever see them again.

I've learned that a lot of women, after a first date, will say they'd like to go out with you again, regardless of their actual interest. I can imagine men do this too, but perhaps more women end up doing it for various reasons. Not wanting to hurt the guy. Not wanting to deal with a guy who gets pushy and demanding in the face of rejection. Not wanting to completely close the door on another date. Those are a few of the ideas I have seen people offer for why they lie about their level of enthusiasm for another date.

Now, in my experience, a certain percentage of the women I have gone out on dates with have e-mailed or called me afterwards and said that they actually weren't interested in seeing me again. I can say that I'd rather someone just get it over with in person, but at least they bothered to tell me. Others, though, after having said they'd love to go out again, just don't respond to follow up e-mails or calls, and simply vanish. And yet, they aren't quite gone. You sign into the online dating site and there they are, looking at other profiles.

And so it goes. Sometimes you get a clear ending and sometimes you don't. In my view, it's probably best not to put too much stock into disappearances.

Odds are it really isn't about you, unless your actions repeatedly seem to drive your dates away.

In which case, I'd suggest reading blogs like this one a lot closer.

Or go and get yourself a dog.

They're loyal, and they don't care if you blather and drool incessantly.

Just don't expect them to share your love of Albert Camus and motorcycles.
Posted by Nathan at 5:58 PM