Snooping on a Partner 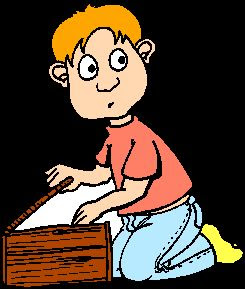 I seem to be running into the issue of snooping on partners all over the place these days. Some of it is coming from real suspicions that the partner is cheating, hiding an addiction, or some other critical piece of information. Some of it seems to stem from accidental discoveries that lead to questions and doubts. However, I kind of view all snooping in the end, as a result of flimsy trust.

Specifically, when someone snoops around, it’s because they don’t trust the relationship as it is.

Now, it might be very valid not to trust the relationship as it is, as in the case of being with someone trying to hide adultery. Maybe there has been a significant change in your partner's behavior, or perhaps something has always felt "off," but you were too busy before riding the honeymoon hormone high to address it.

But I don’t think people choose to snoop on their partners and also have total trust in the relationship. The two seem mutually exclusive to me.

Say you're on your partner's Facebook page and you see a comment from an Ex-girlfriend or boyfriend to your partner that appears to be flirtatious. The "seeing" of that comment itself is just that - seeing the comment. However, then your mind starts spinning based upon who made it, and the words said. Before you know it, you've followed the trail of comments between the two for the past six months, telling yourself that "you just want to make sure nothing is up."

This kind of behavior is probably pretty common. Odds are that very few people have made it through the early years of a relationship - when trust is still developing - without having some sense of mistrust or doubt arise. And a lot of us act on that mistrust or doubts in little ways that cross the line into snooping for evidence that our partner either loves and is committed to us, or is lying and not committed to us.

When I look back at my own relationship history, there hasn't been much actual snooping. I'm not given to jealousy or suspicions due to insecurity or poor self esteem. However, I have certainly had periods in relationships where doubt and lack of trust pervaded. And I can even think of a few times during one relationship where that manifested in searching for evidence that my girlfriend actually loved me. Like fishing for comments from her friends about us, or paying attention to just how much attention and affection she was giving me.

Thinking back on that, it's an interesting reversal of the kinds of fears and snooping I've been hearing about, and reading about recently. While the recent examples have nearly all been of people looking for evidence of a partner's negative behavior, I was searching for the positive.

It makes me think that personal history plays a large role in the ways that lack of trust show up. Since I have never been cheated on (at least that I know of anyway), fears and suspicions about that kind of thing just don't surface for me. However, I have had my share of partners that, for various reasons, who demonstrated very inconsistent levels of affection and attention towards me. And so I'm more predisposed to feeling doubts when a partner's behavior is more distant - sometimes even if there are good reasons for it, such as they've been really busy at work or dealing with a family crisis that's sucking up a lot of energy and time.

Regardless of how it manifests though, "searching for evidence" behind a partner's back is a demonstration of weakened trust in the relationship as it is. That isn't a judgment - it's an observation. Because sometimes that weakened trust is weakened for a very good reason. And other times, it's simply a call to take a deeper look at yourself.