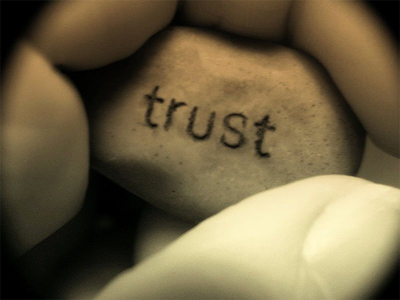 For a variety of reasons, we often fail to listen to our guts, intuition, or what have you. Sometimes, it's giving in to the competing circus of voices in our heads. Other times, it's the allure of the person in front of us. Adding a few or more drinks to the equation is another common method of blurring out awareness. And let's face it, most of us live in a society that doesn't value deep listening, and truly following our hearts.

So, we end up making mistakes. Sometimes repeatedly. And when it comes to dating, those repeated mistakes can drain your energy, make you jaded, and press you into a corner, desiring to give up or settle for being with someone you really shouldn't be with.

That's why paying attention from the beginning is so important. Consider this story:

Years ago, I met a man in a bar. We exchanged numbers. We set up a lunch date. I offered to meet him at his office building in the lobby. He, rather hurriedly, said he’d rather meet on the corner of the block. Ding! We meet up and sit down at the restaurant. His left hand is resting on his lap. He doesn’t bring it to the table. (He wasn’t wearing it the night we met. He said it interfered with his pool playing.) I look him in the eye and say, “Are you married?” Sure enough, he was. And!! Later that day,as I was reading the paper, I checked my horoscope and it read “An attractive new friend is married.” I shit you not.

I’m telling you…in many if not most cases, we know something is off. We know it. I wish I could offer something tangible, but I can’t. Truth is, there are a lot of posers on online. People looking for something other than love. Meet enough of them and you’ll build up a baseline to help spot those people, too.

I have trained myself to listen and pay attention closely - both to myself and whomever I am on a date with. If something feels off or sounds off, I really cue in on that to see what's going on. Sometimes, it ends up being me reading a situation falsely, and sometimes it's a recognition that something is actually off. Regardless of what any given gut level feeling ends up being, it's not enough anymore if someone has similar interests to me, a similar approach to life, or if there's some kind of "chemistry" there.

In the past, I would frequently override signs that indicated coming discord or simply a bad match because of one or more of those qualities. I'd notice dysfunctional behavior, but think "oh, but she loves to do the same things as me." Or I'd see that she was responding erratically to my calls or e-mails to get together again, and I'd rationalize that she was busy, or that things were just "moving slowly."

Why did I do this? Well, you know, endless rounds of dating get old. I hadn't learned how to be alone and actually enjoy it yet. And I also really liked some of the women who displayed red flags, and truly hoped that my gut was wrong.

Hope itself is a trouble spot. It's a story about a "better future" that frequently is built on a house of cards. Politicians often play on the hopes of the people they end up supposedly representing. Marketers play on the hopes of the populace as well, saying that whatever product they are selling will cure all our ills and make us happy. And while there are also a small percentage of people who deliberately play on others' hopes in the dating world, more often than not, we let our own hope stories play each of us. The person we are dating might spark the story to surface again, but he or she is simply today's version of the leading role, the current star of the love narrative we can't seem to shake.

Dating and building a relationship are hard enough as it is. Why add in a failure to trust your gut responses? But we do all the time. I did for many years, and still have to work at it sometimes - to not let other things override what I am really experiencing.
Posted by Nathan at 9:18 AM