"Till Death Do Us Part" 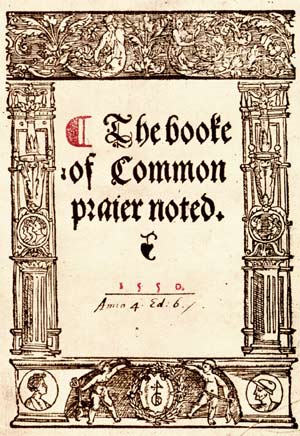 If I'm honest, I have always been on the fence about marriage. When I was younger, I was afraid of commitment. And I needed to have some experience to realize the value of a committed relationship, and what it takes to maintain one. In more recent years, I have, you might say, become more "marriage minded" in a sense, while still wondering about what it really might mean for me and a partner.

One thing that has often come up is the following question: How does lifelong commitment wash with expanded lifespans?

"Till Death Do Us Part" is a variation of a phrase that comes from the Anglican Book of Common Prayer. Originally published in 1549, elements of this text have had some strong influence on the English speaking world, sometimes regardless of any one person's religious affiliation. Historically, this was due, in great part, both to England's colonizing role around the globe, and also to the fact that the Book of Common Prayer was amongst the earliest mass produced texts. Today, it's impact is probably much less so than even one hundred years ago, but there are still lingering elements, such as "Till death us do part," which is part of the traditional marriage liturgy.

You're probably wondering, what's this guy going on about the history of some religious book for? Well, there are a lot of reasons for this. First off, although marriage is not, historically, a religious institution, it's become intimately intertwined with churches, mosques, synagogues, temples, and the rest. And that isn't a major issue to me, but it can create a quandary for those who are either not affiliated with a religious institution, or who aren't of the same religious background.

For those who have secular views of life, it's easy enough to have a civil marriage ceremony, performed by a government official of some sort. However, I sometimes wonder if people still feel pressure from family members or even friends to do a religious-based ceremony. Obviously, that pressure doesn't stop a lot of couples from doing it their own way, but I think it's worth considering how cultural forces can, and often do, impact our intimate relationships.

As far marriage between people of different religious/spiritual backgrounds, it wasn't that long ago that it was almost taboo for a Catholic to marry a Protestant. My grandmother has stories about such situations, and I can imagine that it even occasionally comes up today. (In fact, in parts of Ireland, I'm quite certain it's still "a major issue.")

But you know, for me, the issue of longevity of relationships, coupled with individual growth and change, is perhaps the most important amongst the few things I'm, bringing up here.

When the phrase "Till death us do part" was first penned in the Book of Common Prayer, people who reached their 50s were considered quite old. Commonplace diseases took down many folks. Warfare took down many others. And the simple wear and tear of living took down most of the rest, far before they could reach what we sometimes call "the golden years" these days. The average marriage might have lasted 20 or 30 years, with the longer term exceptions coming mostly amongst those with the most power and wealth, and thus were more protected from the toil and diseases of the day. In addition, women frequently died in childbirth, even into the first half of the 20th century, which significantly shortened many marriages.

Given all of this, the idea of being married for life made a lot of sense. Now, there were all kinds of imbalances within the institution of marriage that favored men, but when you look at it purely from a length of time perspective, it seems reasonable to marry someone and stick with them.

Today, the average life expectancy in the U.S. is around 80 years old. Women generally live a few years longer than men, but overall, it's nearly twice what it was back in the 16th century. Furthermore, whereas the majority of people were, out of necessity, focused on activities of survival back then, the majority of us today have the potential for much broader and deeper lives. It's common now, for example, to see people in their 40's and 50s returning to college, converting to another religion or spiritual path, learning a new trade, or simply refocusing their priorities. And all of that can, and often does, have a big impact on intimate relationships, including marriages.

What I'm saying here is that perhaps a lot of what we think about in terms of marriage is either outdated, or in need of reshaping, based upon our longer life spans, and the plethora of opportunities many of us have to grow and change as people. Although I would love to have a single partner to be with for the rest of my life, I also wonder if that's really likely, and even if it's a view that might, down the line, cause me and another a lot of misery.

If I got married today, and lived to be 80 years old, I would be with the same person for 45 years. Not quite as long as the marriages of my grandparents, but still a long time. Do I think I could be genuinely happy and able to grow and develop within such a marriage? Sure. Would I do my best to maintain such a connection, and maintain my commitment? No doubt.

But I also think that part of living your relationship as a conscious relationship is recognizing what's blocking each person from truly opening into their lives, and doing what you can to help break through those blocks. Even if it means, ultimately, ending the relationship. This is far different from the person who isn't really committed, or who, when things gets tough, decides to bail. This is about being committed to what's best for each other, and operating from a place of non-possessiveness of the other.

That's another thing about marriage I have struggled with. There seems to be an implicit possessiveness within the institution. Remember, women were considered property of their husbands not too terribly long ago, and I think some of that possessiveness has slipped into both genders' in more recent times, even amongst the best of relationships. This isn't to say that marriage should be tossed out, but more that perhaps one of the major lynchpins that must be faced together is possessiveness and control. Which isn't unique to marriage - you can find it all over the place - but which perhaps takes on a different flavor (duty, obligation, fixed roles, etc.) within a marriage.

So, that's a lot to wade through. It's actually only a small taste of what I have to say on these subjects, but it's enough for now.

What do you think? How do you consider marriage (or lifelong partnership) in an age of expanded lifespans?
Posted by Nathan at 12:46 PM