"Screw the Chase, Screw the Woo" 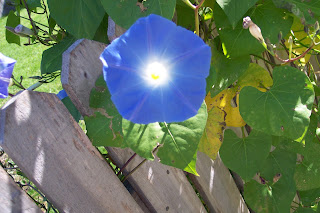 I made this comment on another blog in regards to women who expect men, or think it's "sexy" for men, to do all the work to get a relationship going:

1. Screw the chase. And screw the “woo.” If a woman wants me to do all the work, I say goodbye and good luck.

This comment stirred up some mud, which I figured it might when I wrote it. So, I thought I would offer an elaboration, since coming to this understanding has really shifted how I look at dating in general.

I already wrote about chasing in my last post. Basically, I said I'm not into it. It seems like a one-sided game. In fact, a female commenter said in response to that post and the discussion that followed:

It's very driven by a male-dominated view of dating (men are the hunters, women respond to being hunted).

Now, let me talk a little more about "wooing," since that can be a bit more tricky. When I say "screw the woo," what I mean is screw the idea that men should pay for countless dates, buy trinkets of affection, send endless amounts of "I'm thinking of you" e-mails or text messages, call three or four times a day, and the rest of the over the top nonsense some people think is the only way to show interest or love. Woo to me is about excessive volume, in other words, a sense that someone should put a great portion of the rest of their lives on the back burner to give you - a relative stranger - piles and piles of attention. Woo is about doing that not because it feels like the natural thing to do, but because your trying to prove your worthiness to the other person, so that they might choose you for the long term.

Now, before you call me unromantic, let me say this.

I have regularly cooked meals for women I have dated. Very early on in fact, because not only do I like cooking, but making healthy food for someone is - in my view - a strong sign of caring and showing interest.

I often will call someone I have started dating in between times we see each other just to say hello and see how she's doing. I also frequently send e-mail check ins in a similar manner. In fact, if there isn't an increase in contact like this in both directions after a few dates, it's almost always been a sign that things aren't headed towards a relationship.

If we had a great conversation about a specific topic, and I read something about that online or in a book, I send the person I'm dating a link to the article or to the book I'm reading.

I'm an avid gardener and so, it's not rare for me to give someone I am interested in a plant or some flowers from the garden.

There are other examples I could share, but the point is that I'm not rejecting the kind of gestures that are considered romantic and caring.

It's more about the motivations behind such actions, as well as the level of such actions in proportion to how well you actually know someone, that I'm questioning.

The way I see it, if you are motivated by the fear that you'll loose someone if you don't do X, Y, and Z, you tend to be operating out of a selfish mode, doing things that aren't really "you" anyway. You might shower a woman with a pile of attention, gifts, and dinners, but it's not about loving her as much as it about winning the game of getting to be with her. This is often even true about crisis mode expectations like when, for example, an alcoholic decides to quit drinking solely to save a marriage. It might work for a little while, but unless the alcoholic comes to some inner motivation to maintain sobriety, he or she is going to go back to boozing.

It makes a hell of a lot more sense to me to gradually increase the things you do or say to the person you're dating. To make those initial efforts to demonstrate interest and caring count by not overdoing it. And to remember that you have a larger life outside of meeting this new person who may or may not be around in a few months. Of course, this doesn't mean being totally resistant to spending a lot of time with the person you're dating, but it does mean remembering you have friends, family, work, and whatever else is going on in your as well to consider.

I was hanging out with a good friend the other day and we got to talking about dating. At one point, I said something like "I wonder how many people we have dated that have passed through our lives since you and I met." We laughed. And then easily recalled a few friends who, whenever they met someone, would seemingly disappear from the face of the earth until the new romance failed and they were "alone again."

The fear of being alone drives a lot of our wacky behavior around dating. And the fear of being stuck with the "wrong person" drives much of the rest of it. So, my screw the chasing and wooing comments are about trying to come at all of this in a different way. One that isn't based on fear or on trying to please others.
Posted by Nathan at 2:07 PM