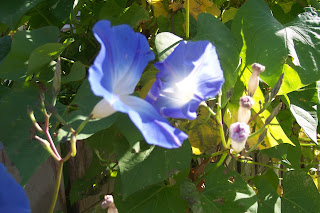 One of the things that I think has happened in response to the upheaval in traditional dating models is the rise of reliance on arbitrary requirements in potential dates and/or partners. I say arbitrary because unlike real "deal breakers," which are all about deeper level compatibility, these are "requirements" that focus too much on the superficial.

A recent letter writer to the blog "And that's why you're single" wrote the following:

A little history about myself – besides my obvious height – I’m not ugly and have had relationships with good looking women, including a marriage (now over). I’m overall a good guy but not a pushover. I’m not desperate and I can get dates. But I’ve been noticing the height disadvantage lately and these are the questions on my mind. It’s always been harder for me to get a girl in social gatherings due to the height. But in a more personal setting with fewer people around, it’s much easier. It is, however, frustrating for me, because at times I bump into someone I’d like to get to know better, at a social place, but there’s little to no interest because of other “options” in the room, and without an exchange we never see each other again. What can a guy do?

The guy is 5'7" - not exactly uber short. And while there probably are other issues going on here, I do think this guy is experiencing some level of reject solely due to his lack of tallness. Which is pretty silly if you ask me.

I have run into some even more ridiculous versions of this myself. A woman once told me she only dated men 6 feet and taller. (I'm 5'11"). Another once responded to an e-mail by saying "You sound wonderful. We have a lot in common and I like what you wrote about yourself. I am looking for a man who is 28 years old. He must be 28. And so, since you're not, I can't go on a date with you." I was 32 at the time. I thought maybe it was just a blow off, so I wrote back and pushed a bit on the whole age thing. She wrote even more about how she really liked what I wrote about myself and what I was looking for, and felt so bad that I wasn't the "right age."

This phenomena isn't restricted to women either. Men are probably just as guilty. How many dudes are only willing to go out with blondes? Or thin, petite women that border on looking like teenagers? Or only women who are dolled up all the time with fancy dresses and makeup?

I'm sure there are plenty of other superficial things men reject women with - women who they might otherwise be really compatible with.

And that's the main point. Sometimes, these superficial things are used as explanations for rejecting someone that isn't really a good match. They are considered an easier let down than telling someone the truth about the situation.

However, it's also the case that plenty of folks are actually using these kinds of markers to make critical decisions about people they are choosing to bring or not bring into their lives. I think this is really foolish. And so I offer the following question for everyone to ponder. "Is this important over the long run?"

It's worth asking this about any requirement you might have around dating. When I was younger, I wouldn't date women with children. Then I hit a point where I was attracting women who had children, and suddenly realized that I was getting a little older, my dates were mostly getting a little older, and so having that kind of requirement didn't make sense anymore. Furthermore, I realized that I liked spending time with the kids - within the two relationships I have had where kids were involved, they added to the relationship, which at first was something of a surprise.

So, "Is this important over the long run?" is an opportunity to expand yourself, as well as your understanding of what, and with whom, makes a great relationship.
Posted by Nathan at 10:13 AM