"Giving Space" and Caring While in Relationships 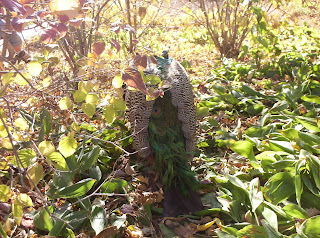 There is an excellent post over at Evan Katz's blog about some of the qualities found in people who are great partners. If you read it, you'll probably think "yeah, duh!" because there's nothing terribly earth-shattering in it. But then again, too often, in the midst of some passionate love affair filled with bouts of conflict and hurt, we are not thinking about such things.

The article is directed at dating women, and is speaking about how quality men basically stick with their partners during difficult times.

The following comment from Evelyn sparked a few thoughts for me.

What if HE is the one going through trauma? What is he wants time alone to deal with his trauma? Then you are the one being asked to be selfless, and not get your way, and give him what he needs. He is not there for you, he doesn’t want to be around you, but he is asking you to support him by backing away.

Is it selfish to judge him for wanting time and space to deal with his own career/family difficulties? Or should we be more supportive, as women, of men’s need for space and time to themselves when they ask for it at difficult times?

Or is the fact that he wants to be alone to deal with his traumas a bad sign?

Generally, I'd say this: it all comes back to trust.

If you’re a man pushing away your partner whenever your suffering, you’re probably don’t have much trust in her or the relationship. And if you’re a woman who doesn’t give any space, who thinks that any “alone time” for a guy during that period of struggle is a problem, then you’re also probably not trusting him or the relationship.

I have struggled with this in every long term relationship I have had. It's very much the case that I am one of those guys who needs time and space to process difficulties. As a student of meditation, yoga, and other spiritual disciplines, I naturally gravitate towards working on "my shit" alone at first, and then later start talking things out and making decisions with the help of friends, family, and partner, if I'm with someone.

This hasn't always gone over well with the women I have been with. And I have definitely made mistakes, pushed my partner away, and have failed to trust her desire to support me during challenging times.

One thing I have learned through all of this is how to be more vocal about what I need during such times, and yet that's still a work in progress. When I'm feeling weakened by something difficult going on in life, it's just not as easy to muster up the energy to say "I really would like this from you. Could you not do that?" I still don't always do this when I'm feeling healthy and positive; it wasn't a trait I developed as a kid, given that I had to be more resourceful and figure out things for myself a lot back then.

I think the other thing, and I don't know if this is a gendered thing or not, is about saving face. Not wanting to completely fall apart in front of a loved one and - lets face it - risk being rejected, laughed at, or treated poorly by them. Again, this boils down to a lack of trust, but it's also something I know many men are trained to do. To be "tough," "collected," and "in control." I also know women who are like this - one of my grandmothers comes instantly to mind.

In the end, finding the balance point between a person’s natural way of coping, and what the relationship together calls for, seems key.
Posted by Nathan at 8:50 AM